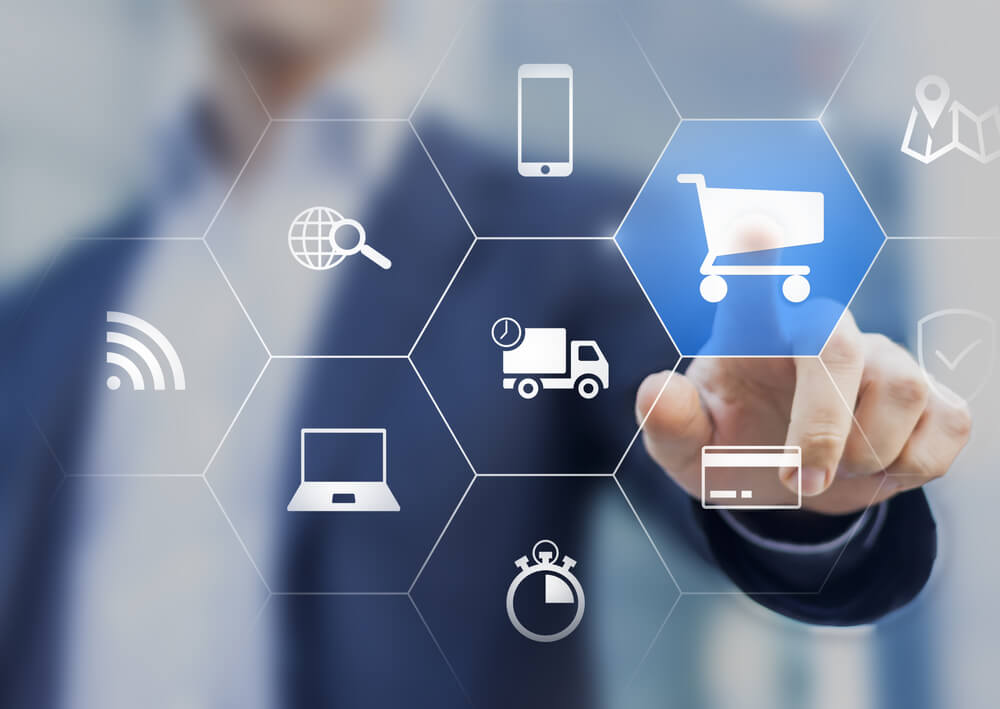 This coming holiday season, online retailers must remain vigilant as e-commerce fraudsters are certainly going to work harder than ever to take advantage of the throngs of shoppers sure to flock online.

Predictions also state that the worldwide e-commerce sales revenue is poised to reach $4.9 trillion by 2021. While these figures are great for retailers, they also tell cybercriminals they have a lot to gain from preying on e-commerce sites.

Fraudsters always choose victims that would earn them the highest profits. The fact that many online retailers do not have effective security measures in place makes them easy targets with big payoffs. In Amazon’s case, the delay in checking returned goods proved faulty (as we will thoroughly discuss later in this post).

Cybercriminals also take advantage of the online retail frenzy every peak shopping season. They are likely to bank on the fact that retailers would focus on fulfilling as many orders as possible without checking if transactions are valid. In 2017, for instance, the number of fraud cases grew twice as much as the e-commerce sales volume.

Like any other cyberthreat, it is best to stop fraud before transactions are completed. Proactive solutions such as an email verification API can help detect anomalies by ensuring that the email addresses provided by shoppers are valid.

This post delved into what reports have dubbed “the biggest Amazon scam in Europe” and how email verification could help prevent potential fraud damages. It also provides more information on the various scams online retailers need to be wary of and how these can be addressed.

The Biggest Amazon Scam in Europe

Retail giants like Amazon are no strangers to fraudulent transactions. Given their massive customer base, its sellers and customers are automatically prime cybercrime targets.

What has been dubbed the biggest Amazon scam in Europe to date took advantage of Amazon’s sales return process. A 22-year-old identified as James Gilbert Kwarteng from Spain successfully ordered several items from Amazon, which he then sold online. Apart from earning back the money he spent, he also managed to trick Amazon into reimbursing him for supposed product returns. Instead of sending back the goods purchased, however, he sent resealed boxes full of dirt.

Amazon’s return policy states that customers who are not happy with their purchases can return these within 30 days and get either refunds or replacements (in cases where the goods were not in satisfactory condition). Those who opt for a refund typically get this in 1–2 business days.

That’s how Kwarteng got away with the scam (at least for a while). He made sure that the weights of the boxes matched those of the products he ordered. And since returned items are not always opened or checked upon receipt, the scam may have gone unnoticed for a certain period. We can surmise that the perpetrator was well-versed with Amazon’s return policies, which allowed him to find a weakness to take advantage of.

Kwarteng and his unnamed associate swindled a total of $370,000 from this scam alone, which did not require them to use sophisticated malware or break into Amazon’s network. Kwarteng even reportedly established his own company Kwartech using his profits from the scam.

The case seems surreal, and if a giant retailer such as Amazon could fall prey to such an incident, it’s not hard to imagine how other retailers stand to lose should they suffer the same fate. And this is not the only type of fraudulent activity retailers need to be wary of, there are tons more.

Various E-Commerce Fraud Types to Watch Out For

In this type of scheme, customers buy products with their credit cards and then, later on, claim that they did not conduct the transactions. They cite identity theft, and so the card provider ends up paying for the goods purchased by a supposedly unauthorized user.

Cybercriminals are known for using stolen credit card credentials to make card-not-present transactions. These credentials are by-products of breaches that are sold in underground markets or the Dark Web. In some cases, they even go the extra mile and sell payment card clones using the stolen credentials.

They say there is no honor among thieves, and that is true for cybercriminals. Some first test the stolen credentials they bought to make small purchases. If these go undetected, they then move on to making big purchases. More advanced hackers use bots to generate card verification values (CVVs) when these buy goods by using active credit card numbers. This tactic helps them avoid having ties to the illicit purchases.

Overall, fraud subjects online retailers to various consequences apart from incurring financial losses due to lost sales. If they cannot disprove a customer’s false claim in a chargeback fraud case, for instance, they end up not just losing a sale but also paying back the customer for something he/she did buy and most likely kept. Online merchants are slated to lose $31 billion from chargeback fraud alone by 2020.

E-commerce platform owners can, however, thwart fraud with the help of tools such as Email Verification API, IP Geolocation API, and WHOIS API. The next section shows how.

Most, if not all, e-commerce sites require customers to use a valid email address as their username. Email Verification API is an effective means to verify the existence of an email address. It can:

These checks occur in a matter of seconds but they still provide an additional layer of protection for online retailers who wish to ensure that all of their customers are who they claim to be. Fraudsters frequently use disposable email addresses in their attacks, which they abandon once the transactions are completed. Integrating the API into an e-commerce system and configuring it to run automatic email verification checks can lessen a retailer’s chances of dealing with unscrupulous individuals.

Here is how the tool works:

Another useful tool for e-commerce site owners is IP Geolocation API. It can serve as an additional verification layer to ensure that the customer making purchases is who he/she claims to be based on his/her geolocation. Upon checkout, an IP Geolocation API-enhanced form can be configured to cross-check the user’s geolocation with the billing address stated in his/her registration record. If they do not match, the site administrator can initiate additional verification steps.

Here is a demonstration of how the tool works:

If, like Amazon, you are unfortunate enough to have been scammed in the same way, you may wish to file a case against the perpetrator. However, building a strong case requires evidence.

We heard that Kwarteng (the Amazon scammer) established a company to sell the goods he was able to steal essentially. That company is known as “Kwartech.” Supposing you were one of his victims, you can investigate his domain with WHOIS API.

We queried the domain kwartech.com on the tool and got this result:

The domain was anonymously registered, but its age coincides with the period when the scam was pulled.

The country matches Kwarteng’s as well. It is thus a pretty good bet that kwartech[.]com is worth investigating further. (Note: we wouldn’t recommend to visit or interact with the site unless you have good reasons to believe it’s safe or are an experienced investigator.)

’Tis the Season to Be Vigilant

For years, the retail industry has been a favorite target of fraudsters and cybercriminals. E-commerce fraud that comes in various forms — mimicking online retailers’ websites to steal from its unsuspecting customers, abusing return policies as in the featured case, disputing legitimate transactions, and others — all translate to losses for retailers. Those whose sites are spoofed end up losing customer confidence and trust. Others who succumb to giving refunds just to retain customers despite suspicions lose substantial amounts.

Online retailers can combat the hazards of e-commerce fraud with the right set of tools and security measures. They can integrate tools such as Email Verification API and IP Geolocation API into their e-commerce platforms so they can spot potential fraudsters upon site registration or before checkout. By adding at least two layers to their customer verification processes, they will be able not only to protect their own interests but those of their customers as well.

Regardless of its size, your e-commerce site is subject to fraud. But with tools that provide real-time information about site visitors, it is possible to detect the bad guys in various ways.