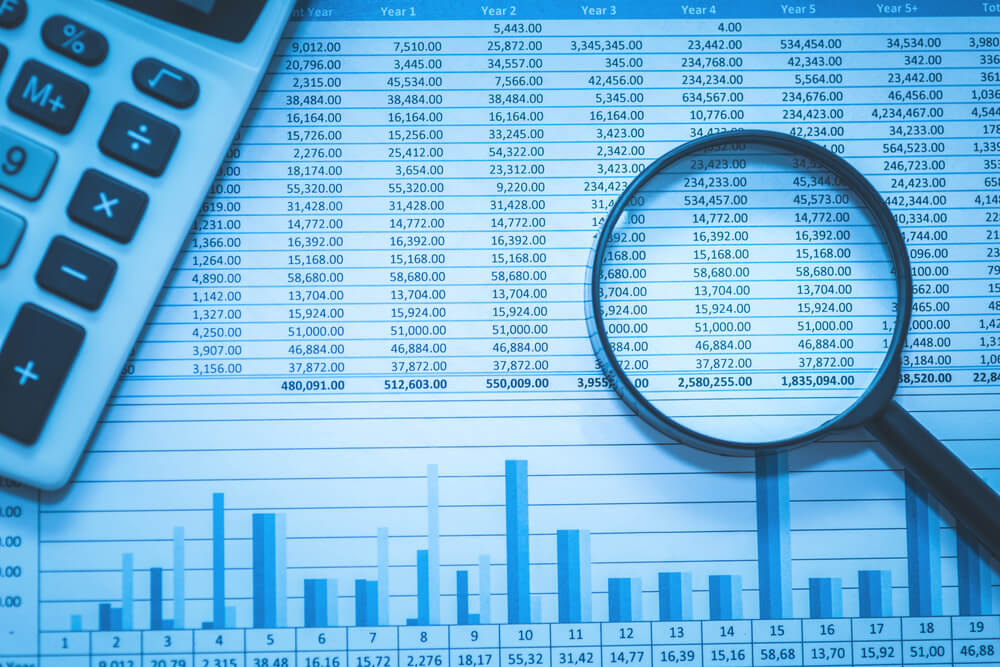 Bitsane, a cryptocurrency exchange based in Ireland, vanished in the June of 2019. Its founders took with them the crypto deposits of 246,000 users. The platform traded an average of $7 million each day.

Worldwide, fraudsters stole nearly $1.5 billion’s worth of cryptocurrencies in the first two months of 2018 alone. It’s estimated that since then, criminals have made off with an average of $9 million a day.

So how can law enforcement authorities, legitimate financial institutions, and even individuals know whether a cryptocurrency exchange is planning to steal customer investments?

Though we can’t name the company we investigated, we will show you the tools and publicly available online databases we used to delve beneath the surface hype of the Exchange.

Ripoff Report is one of the most popular repositories on the Internet for filing “complaints, reviews, scams, lawsuits, and frauds. It happens to have categories for Bitcoin Fraud and BTC Fraud, among other listings. It’s in these categories that we discovered complaints against what we’ll call ExchangeXYZ (not its real name). Googling “ExchangeXYZ Reviews” revealed even more complaints over the past seven months from customers (with attendant entries from individuals promoting services to reclaim lost funds).

Typical complaints we took as red flags were much like this one:

“… they have held my bitcoin for over 7 months even after going through the verification process[,] they refuse to allow my bitcoin to be sent to my whitelisted wallet … [ExchangeXYZ] has given me every excuse imaginable … [It is] how they are holding value in their Exchange… [ExchangeXYZ] wants to operate in the USA[,] but with my experience I would never recommend putting any crypto currency in this exchange as you will not get it back…”

A look at ExchangeXYZ’s website revealed no contact details: addresses, phone numbers, or even a chat line. However, there are about a half dozen email addresses that have to do with PR relations, product information, coin exchange information, etc. The only means of customer support is through a form on the website. Several of the complainants noted that any responses they received by using the form were clearly from bots, without any human intervention.

The WHOISXMLAPI.com Domain Research Suite revealed that the registrar for the company’s website was a registration service based in Denver, Colorado.

The Domain Research Suite sports a dashboard with easy-to-use tools that excavate the backgrounds of websites. The tools include:

The WHOIS Search delivers data about the owner of a domain, the owner’s address, as well as the administrator and similar contact information. In the event of a WHOIS Search on ExchangeXYZ, the location of the registrar would initially lead a consumer to believing the company is based in the U.S. At the very least, as we’ve seen from the representative customer complaint above, ExchangeXYZ is servicing consumers in the U.S.

According to the WHOIS records of the top ten cryptocurrency exchanges, four of those either used agents to protect their identities or they edited contact information to block prying eyes. So it is not extraordinary that

The U.S. Securities and Exchange Commission (SEC) cites that “…if a platform offers trading of digital assets that are securities and operates as an “exchange,” as defined by the federal securities laws, then the platform must register with the SEC as a national securities exchange or be exempt from registration.” A search of the SEC’s EDGAR database of registered corporations showed no record of ExchangeXYZ. Nowhere on the website does it indicate it has either registered with the SEC or been exempt by the regulatory body. In other words, the SEC could not protect American consumers who traded on the suspect cryptocurrency platform.

The New York State Attorney General also believes that ExchangeXYZ and others are indeed servicing customers in the United States, including New York State. In 2018, the New York State Attorney General released a voluntary survey for 13 cryptocurrency Exchanges to complete about their operations. All but four Exchanges returned the surveys. ExchangeXYZ was one of the four that refused to respond. The Attorney General’s office concluded in its September 2018 report that as their report details, “many virtual currency platforms lack the necessary policies and procedures to ensure fairness, integrity, and security of their exchanges.” The Attorney General’s report detailed how some of the platforms practice overlapping lines of business that present “serious conflicts of interest”. Some, the report observed, traded for their own account on their own venues.

Indeed, Bitwise Asset Management, a cryptocurrency asset advisory and management firm, cited in a report that upwards of 95% of cryptocurrency trading originated from suspect sources. Research firms Crypto Integrity and The TIE concluded that 88% and 75% of reported exchange trading data were suspicious, according to the The Wall Street Journal (WSJ). The WSJ report pointed out that “the unregulated exchanges are inflating trading volume to get a higher ranking on data services like CoinMarketCap and leverage that ranking to attract listing fees.”

So why is it that ExchangeXYZ can ignore some of the most powerful financial regulatory agencies in the world? A peek at its domain history may give some clues.

A Look at the WHOIS History of ExchangeXYZ

The WHOIS History shows the domain name was registered in China on April 1, 2017. This occurred during China’s own cryptocurrency Wild West when Mainland Chinese residents were desperate to move their money offshore through cryptocurrency exchanges. The exchanges at the time afforded customers an unregulated way to realize foreign exchange beyond the limits set by the government. The timing also suggests how ExchangeXYZ got so big so quickly. But the Chinese government effectively outlawed cryptocurrency exchanges later in 2017. ExchangeXYZ’s founders had started the business in China at the worst possible time, it seemed.

So it chose to go West.

In December 2017, ExchangeXYZ chose to use a professional domain service firm based in the United States to protect the national origin of its domain.

Note that the Created and Expired dates of the October 2, 2017 and December 18, 2017 coincide. On December 18, 2017, the domain creator chose to mask the origin of the domain with a U.S.-based service provider. The time frame fits in with the operation wanting to hide its China-based domain registration, more likely from the authorities on Mainland China and, perhaps, even from the Japanese authorities.

So the question remains: is it common practice for cryptocurrency exchanges to hide their provenance? The answer is “no”. Of the ten most popular exchanges, six have made their ownership history explicit in the WHOIS historical record. Two explicitly state their records have been “edited”, while a truly U.S.-based one has used a Panama-based administrator to maintain its current record.

Why, then, would ExchangeXYZ choose to hide its origins from occasional viewers?

ExchangeXYZ moved its operations to Malta during the spring of 2018, according to its Wikipedia entry. Malta is known best for three things: the 1941 film The Maltese Falcon; its government-sanctioned sales of European Union passports to Russian oligarchs; and its reputation as an offshore banking financial center. Malta’s lax financial regulatory environment is a magnet for companies that wish to escape scrutiny.

However, just because a business is registered in Malta, it isn’t necessarily looking to escape the regulations of other countries.

Perhaps an investment entity is offering local services. A search on Google, however, indicated no website based in the island-nation related to the company, and no business activities to speak of. Further, a search with WHOIS API on the several Maltese business names of ExchangeXYZ did not reveal any domains.

“These days, it makes sense for almost every business to have a web presence, even if they aren’t dealing directly with end customers. This could be an Alibaba shop, a Yellow Pages listing, a proprietary website, or anything that states the company’s line of business. A lack of effort to promote itself suggests that the company may not want to be known.”

Further, a search on the address of the two Maltese addresses at which ExchangeXYZ entities are registered reveal dozens of companies at the same street address revealed as shell companies in The Offshore Leaks Database. The Database houses the Panama Papers as an indexed repository of the business entities in offshore locations revealed in 2015 as shell companies.

COMPANIES AT THE SAME REGISTERED ADDRESS IN MALTA (partial)

An advanced Reverse WHOIS search on the original company name “ExchangeXYZ” in the Country of Malta revealed more than 20 related domain names. Most of the websites have not been developed, while one is a cryptocurrency exchange to bet on professional sports events. It is entirely feasible that the site is a front for laundering proceeds.

According to the global companies database OpenCorporates, the oldest legally registered business for ExchangeXYZ was in Hong Kong, dated back to 2017. Database records show the Hong Kong entity currently inactive. However, ExchangeXYZ was very busy from the spring of 2018 to early 2019 establishing business entities in a dozen other countries.

Of greater note are the locations that are well-known offshore centers. In addition to Malta, they have established entities in Jersey, Uganda (well, maybe not so well-known), Singapore, and Switzerland.

“Beneficial owners typically want to keep bank accounts nearby so they’re easier to use, or they may start accounts in places with banking secrecy like Switzerland or Liechtenstein. As a result, shell companies are often domiciled far from associated accounts.”

THE LOCATION OF ONE OF EXCHANGEXYZ’S UK-BASED ENTITIES

The London addresses found in the companies incorporation record in OpenCorporates.com reveal residences. Indeed, the address pictured above has had eight other shell companies associated with it, according to the Panama and Paradise Papers.

LIST OF SHELL COMPANIES ASSOCIATED WITH THE RESIDENCE ABOVE

Reverse WHOIS searches on each of the entity names of the offshore entities did not reveal any related domains; however, searches on Domain Names that included ExchangeXYZ and contained Registrant Contact:Country that included a country name (e.g., India) in some cases displayed domain names related to the ExchangeXYZ domain name. In the overwhelming number of instances in which domain names did display in the Reverse WHOIS results, the domains were inactive.

The circumstantial indicators discussed above should signal to consumers and regulators that business operations at ExchangeXYZ may not be in the best interest of its customers. Instead, it appears that ExchangeXYZ has created itself a financial ecosystem in which business occurs between entities.

Researchers could be forgiven if they were under the impression that the store of wealth the Exchange has accumulated may be stashed in far away and exotic locations. These locations lie beyond the reach of law enforcement authorities in the United States, the European Union, and even China. If and when the Exchange shutters its operations, consumers in the United States may lose hundreds of millions of dollars without legal recourse.

Cryptocurrency fraud is not the only form of online financial crime investigators can apply WHOISXMLAPI.com’s Domain Research Suite to. The FBI cited in its Internet Crime Report for 2019 that the year before had seen a dramatic spike in Internet-based theft and fraud. The report estimated that in 2018 in the United States alone, cybercriminals stole $2.7 billion from consumers and organizations.

WHOISXMLAPI.com’s Domain Research Suite tools and traditional online investigative practices may not stop most of the crimes from happening. However, the integrated approach may help authorities and investors more readily get to the source of cryptocurrency and other forms of financial fraud on the Internet. Possibly, investment recovery rates may rise and the data collected during investigations may inform policymakers about viable ways to bring law and order to the Wild West of the Web.