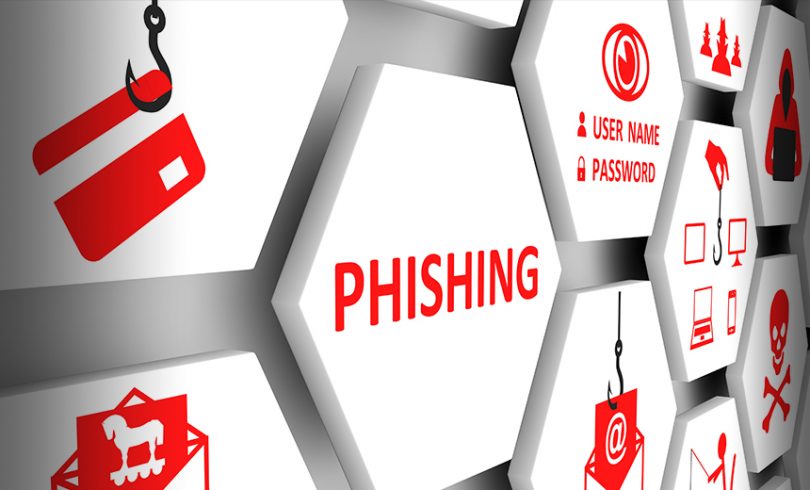 Data breaches continue to plague organizations today. In the first six months of 2019 alone, 3,813 data breaches were recorded, exposing more than 4.1 billion records. This figure translates to more than a 50% increase in victim volume over the past four years. Worse still, three of these recently recorded data breaches made it to the all-time list of top incidents.

Of all these unfortunate events, we decided to take a closer at Equifax’s case. First, because it has been the financial sector’s biggest breach victim to date. Second, because it shows how cybercriminals insist on exploiting every vulnerability there is. It’s indeed possible that malicious entities are now trying to trick victims into disclosing more personally identifiable information (PII) on fake Equifax settlement websites.

We then used the Domain Research Suite (DRS) to show how potential targets can avoid falling prey to instances of phishing and cybersquatting attacks.

The Attack: Phishers Are Not Done with the Biggest Financial Services Data Breach of All Time

The financial services sector is a lucrative target for cyber attackers, especially now that nearly all transactions are done online. Compared with other industries, the sector is hit by 300 times more security incidents. From one incident in 2017, the number of breaches rose to 25 in 2018. These figures underscore the importance of risk mitigation strategies for financial service providers, given that cybercriminals continuously devise ways to steal PII.

The Equifax data breach affected close to 143 million account holders in the U.S. and more than 400,000 in the U.K. The stolen PII included customers’ complete names, birth dates, telephone numbers, email addresses, and Social Security numbers. The attackers also got hold of the credit card numbers of at least 209,000 of the service provider’s customers.

Equifax reported the breach in September 2017 and after two years agreed to a global settlement amounting to $425 million. That isn’t the end of the story, however. Phishers jumped at the chance to scam those who had already lost their PII. Several fake Equifax settlement websites cropped up, intending to do more harm.

Equifax is among the three major credit bureaus or credit reporting agencies (CRAs) in the U.S. It collects information from more than 800 million consumers and over 88 million businesses across the globe. It builds reports for customers to establish their credit histories. While it does not directly gather information from customers, it does keep confidential records provided by banks, credit card companies, and employers.

Scammers are targeting Equifax breach victims with emails touting links to phishing sites where they can supposedly file for settlement claims.

In 2017, the Equifax breach started with an initial hack of its consumer complaint portal. The attackers exploited an unpatched Apache Struts vulnerability that allowed them to carry out random commands remotely.

A patch for the said bug has been available since March 2017, so how did Equifax still succumb to the breach? Take a look at the following investigation details:

The findings of the investigative team proved an oversight on Equifax’s part.

Cleaning Up After the Fact

Apart from installing new SSL certificates on its systems in July 2017, Equifax set up a website—equifaxsecurity2017.com—to provide breach remediation resources to its affected customers. Unfortunately, this site was spoofed by phishers, which potentially worsened matters for the victims. It didn’t help that Equifax’s official social media accounts mistakenly directed people to securityequifax2017.com as well. They were, however, fortunate that the site’s owner redirected more than 200,000 visitors to the proper Equifax site.

At present, Equifax has to deal with fake versions of its breach settlement site. Just this July, both the Federal Trade Commission (FTC) and Equifax released memos informing victims of ongoing phishing campaigns against Equifax settlement claimants.

Scammers are always on the lookout for websites to spoof so they can effectively lure victims into parting with their login credentials. The promise of getting remuneration for the 2017 Equifax breach is just one of their many social engineering tricks. And while it is every individual’s responsibility to take care of his/her online credentials, we all know that phishing works because targets are convinced of the seeming authenticity of the emails and sites related to campaigns.

In this case, organizations may be able to take matters into their own hands as they don’t want their customers to suffer more than they already have. How? By making sure that their brands are not used in phishing campaigns.

Let’s take the Equifax breach settlement case as an example. Attackers who created spoofed versions of the site typically sent breach victims an email that looks like this: 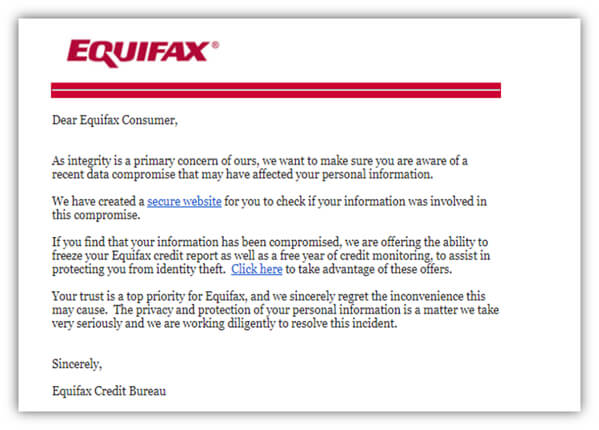 One way companies like Equifax can prevent breach victims from suffering further damage is educating customers about phishing. They can, for instance, help clients spot differences between a real and a fake email. It is also possible to pool a list of potential phishing sites and domains used in phishing emails and warn customers not to click URLs embedded in fraudulent communications. One tool that can help credit reporting agencies and other financial institutions to do that is DRS. Here’s how it’s done.

Financial service providers are prime cyber attack targets because they directly deal with money. Three out of the top 10 most-spoofed brands—PayPal (top 2), Bank of America (top 5), and CIBC (top 7)—are from the industry. What’s more, half of the 200,000 phishing domains recorded between December 2018 and May 2019 targeted the sector.

What these numbers show is that the Equifax data breach story isn’t just an isolated case. Some of the most significant attacks we have seen against organizations in the sector include:

Given the financial services threat landscape, providers have to be at the top of their game with robust approaches to cybersecurity. Lax procedures, as shown, can result in massive data breaches. And even settling damages, as the Equifax case reveals, can make matters worse.

Here are some specific actions financial entities can take:

For more information about how WhoisXML API tools can help mitigate and prevent data breaches resulting from phishing, cybersquatting, and other domain name abuses, feel free to contact us at